The Ultimate Arizona Guide: 20 Lesbian Bars, Events and Orgs You Need to Know

So, you live in Arizona. You’re queer. And you’re all, Where them girls at… no really. Where are they? Whether for a date, a pick up, or a night out with the girls, you want to feel safe and welcome. HER has done the very important work of helping you get your gay on throughout The Grand Canyon State. Why should the ‘G’ have all the fun? Check out the following events, venues, etc. for a more female-centric, lesbian-specific, lady friendly AZ (scroll down for bars and parties).

Phoenix PRIDE. There’s nothing better than a good Pride. Parties, parades, pubic displays of affection. Everything we love. But we all know there is something greater too. The main purpose of Phoenix Pride is to promote unity, visibility, and self-esteem among LGBTQ persons, and to provide a positive image throughout Arizona. Phoenix Pride is a 501(c)(3) non-profit organization, and the largest event they coordinate is the annual parade, celebration and fundraiser. The 35th Annual Phoenix PRIDE is scheduled for Saturday, April 11, 2015 and Sunday, April 12, 2015. Stay up to date on Facebook: https://www.facebook.com/PhoenixPrideAZ

Rainbows Fest (i.e. “Arizona’s Greatest Street Fair”). Hosted in historic Heritage Square Park in Downtown Phoenix, the Rainbows Festival draws a crowd of over 20,000 LGBT friends, families and allies every year. Rainbows Festival is the 2nd largest LGBTQ event in the state of Arizona, 2nd to Phoenix Pride. With two chances to celebrate your awesomeness in Phoenix year-round who wouldn’t want to wave their rainbow flag? This year’s festival is scheduled for Saturday, October 17, 2015 and Sunday, October 18, 2015. Admission is FREE. 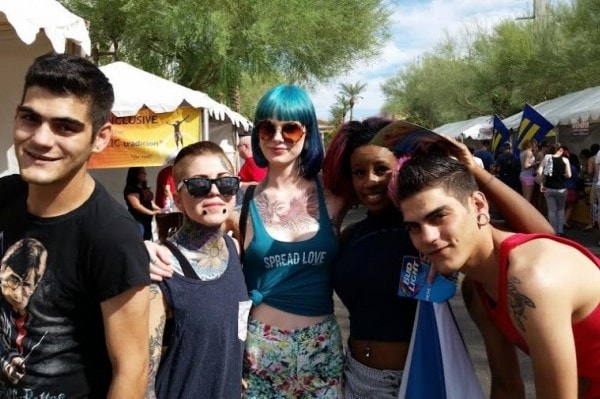 Pride in the Desert (Tucson PRIDE). Tucson Pride is also a 501(c)(3) non-profit organization that produces and promotes educational, cultural, and recreational events for the lesbian, gay, bisexual, transgender, and allied communities in Tucson, AZ. The 38th annual “Pride in the Desert” is scheduled for Saturday, October 17, 2015 at Kino Sports Complex. Keep in touch with Tucson PRIDE news on Facebook: https://www.facebook.com/tucson.pride

Plug in to your community.

HRC Arizona. The Human Rights Campaign fights for LGBT equality in Arizona alongside state and local groups and lawmakers. AND they throw pretty great parties. So if you do nothing else, Like them on Facebook to add your voice to the fight: https://www.facebook.com/HRCAz! 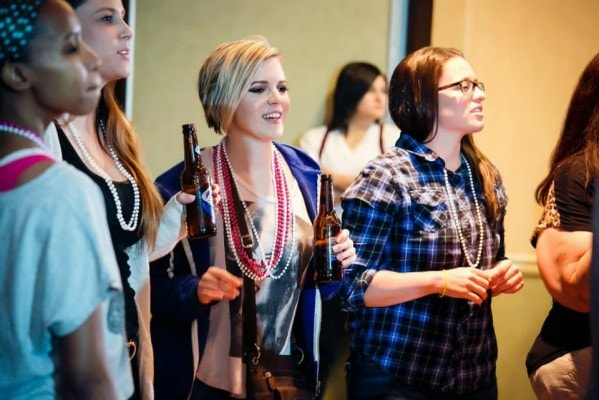 Phoenix Pride LGBT Center. The Center is located in the heart of Downtown Phoenix at 801 N. 2nd Ave. As a community center, their primary focus is to effectively serve as a resource and educate the LGBTQ community. The Center has a variety of services, resources and programs that are open to everyone. They offer support groups, wellness services, education, health, resource materials and more. They’ve also recently announced their women’s support group for those of you looking to get involved. Keep an eye out for community events on Facebook: https://www.facebook.com/phoenixpridelgbtcenter

Wingspan. Southern Arizona’s Lesbian, Gay, Bisexual ad Transgender Community Center is alway giving back to the community. Look for ways to volunteer, and Like them on Facebook: https://www.facebook.com/WingspanAZ

Them girls are at… 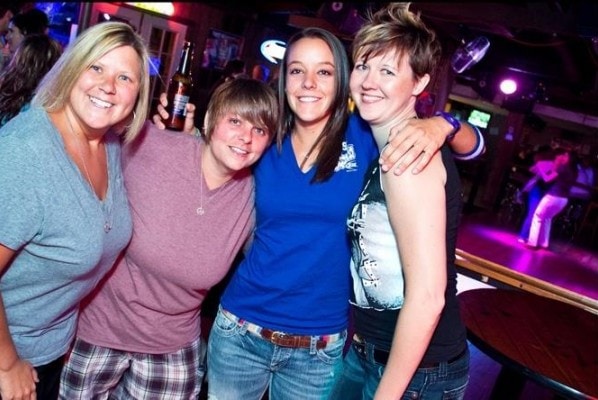 Cash Inn Country. Nothing but good feels about the Cash. It is by far the friendliest lesbian/gay country dance bar in Arizona. AND it doesn’t matter if you like Country, Hip Hop, or Classic Rock, they play it all. So grab some darts or head to the patio and enjoy a drink whilst taking in the beautiful Arizona nights. Like them on Facebook, ’cause ya do: https://www.facebook.com/CashInnCountry

Zoan Phoenix. The Zoan is one of AZ’s premier gay bars. Ladies are very welcome and encouraged to partake in the fun. Stop by for an open mic night or a couple of strong cocktails (maybe a couple strong cocktails before the mic?). Follow Zoan Phoenix on Facebook: https://www.facebook.com/ZoanPhoenix 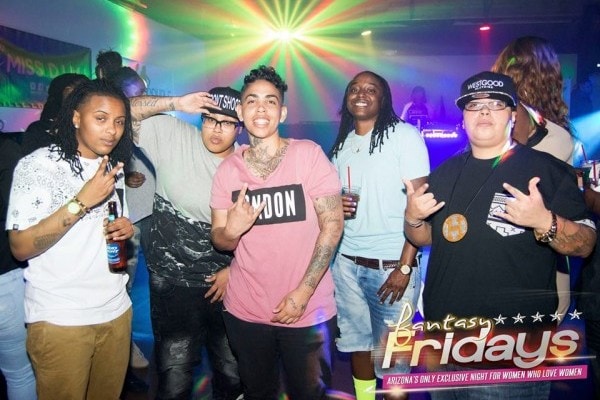 Fantasy Friday’s. Okay ladies, this is a big deal. Fantasy Friday’s is the only real lesbian club night focused around LESBIANS. Aqua Night Club is bringing you drink specials, great music, and (depending on the Friday) live entertainment with a celebrity appearance or two. Don’t underestimate this new kid on the block (Launched Friday, March 13th) – Fantasy Friday’s is planning to stick around. Like them on Facebook to keep your Friday nights fresh: https://www.facebook.com/FantasyFridaysAZ 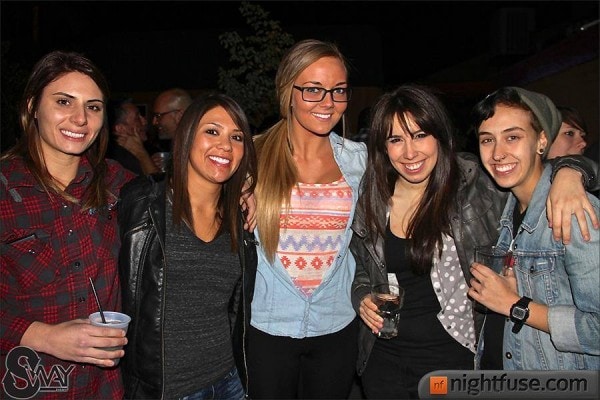 FilmBar Phoenix. What better date night than drinks and a movie? What if you could have both, at the same time? Cue FilmBar Phoenix where they show new indie and foreign films with a themed retro film series every month, and occasional cult classics with regular screenings of local filmmakers’ stuff. With over 25 different craft beers and 12 different wines, this is the ideal place for a hang. Now if we could only get them to screen But I’m a Cheerleader in their microcinema, we’d be golden. Check them out on Facebook: https://www.facebook.com/FilmBar.Phoenix

What else is going on? 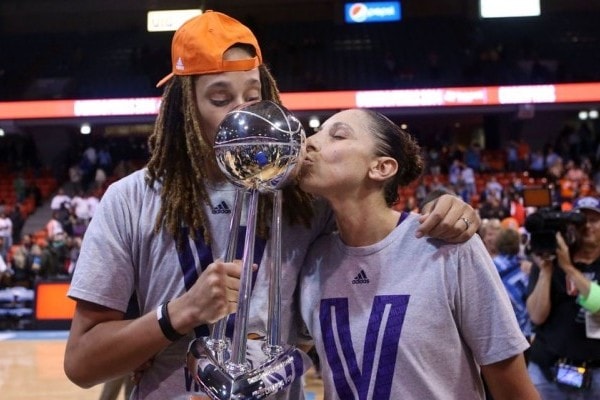 Phoenix Mercury. It’s no secret that the WNBA and lesbians feel strongly about each other. But when you’re home to three-time championship team, Phoenix Mercury, women’s professional basketball is cool. And I mean really cool. LGBT women could barely contain themselves when news of star player, Brittney Griner’s engagement hit. And with my childhood crush, Diana Taurasi, also sportin’ the jersey, there’s no doubt that Talking Stick Resort Arena is heavily speckled with women you’d like to date. Follow the champs on Facebook: https://www.facebook.com/phoenixmercury and enter our competition to win tickets to their first game at home this season!

Tucson Roller Derby. How much do we love roller derby? Let me count the ways… Tucson Roller Derby is an all-girl flat-track roller derby league that was formed in 2003. It is a skater-owned and -operated 501(c)3 organization. The TRD home teams include the VICE Squad, the Furious Truckstop Waitresses, and the Copper Queens. They’ve also got two all star travel teams: the B Team Bandoleras, and the A Team Saddletramps. Do yourself the favor, and Follow them on Facebook: https://www.facebook.com/TucsonRollerDerby 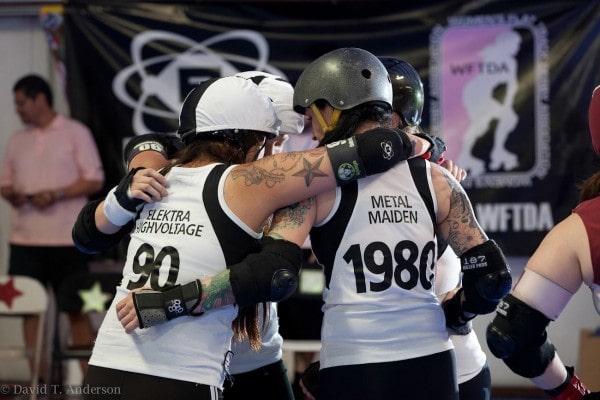 Cactus Cities Softball. Two words: lesbians, softball. It appears I’ve said enough about Cactus Cities Softball League, but I’ll expand. The purpose of the CCSL is to foster local, regional, national and international sports competition predominately for gays, lesbians and anyone dedicated to the promotion of the amateur athletic experience for persons of all skill levels and abilities regardless of sexual orientation, gender, race, creed, religion or national origin. Yea, that’s right. They’re awesome. Join a slow pitch team today, and follow the league on Facebook: https://www.facebook.com/CactusCities

Friends with Benefits Kickball. I would join this league just for the name, but it gets better. Friends with Benefits Kickball is everything you hoped kickball would be in 5th grade and a whole lot more! They are a totally non-competitive (point), drinking-encouraged (point) group of adults who like to act like 11 year olds (double points) every Sunday morning from October to April. Follow them in the off season on Facebook: https://www.facebook.com/FWBKickball and join up in the Fall!

Stay caffeinated, or de-caffeinated.
(for your sober hang)

Copper Star Coffee.This incredible, ecclectic coffee shop is a favorite amongst locals and those who just happen upon it. Head there for some live jams, a smooth brew, or a slice of rainbow cake (baked just for you!). It’s the perfect spot to meet friends, or take that girl you met on HER. Like Copper Star on Facebook and stop by for a visit: https://www.facebook.com/copperstarcoffee 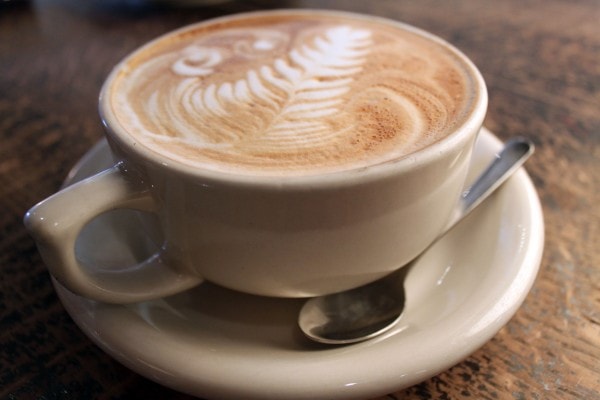 Lux Coffee. Whether you’re a coffee aficionado or not, you want to hit up Lux Coffee Bar. Take her there on a first date to grab some lattes for two. Maybe try the nod to your barista for some heart-shaped coffee art action? Their iced velvet is to-die-for, and they make a batch of their own homemade whipped cream every day to put on top. Add FREE wi-fi to the mix and you’re in business. Throw a Like on their Facebook page to stay in the loop: https://www.facebook.com/luxcentral 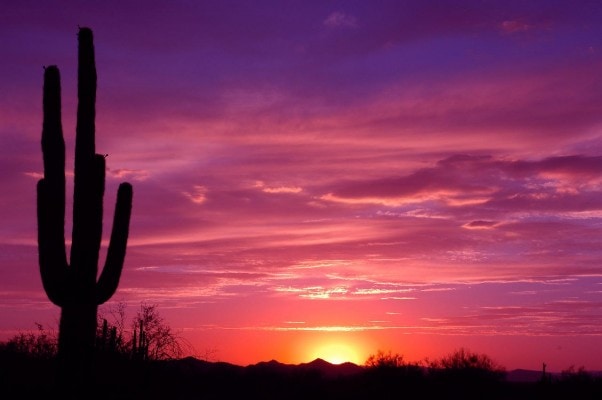 What are you doing for LGBT women in Arizona? Let us know. We want to feature you!

Follow us on Twitter, Facebook and Instagram for future guides to Lesbian & Queer Phoenix and Tucson including The Best Meetups in Arizona and Q&A with Arizona Roller Derby. If there’s something we missed, email me at kacie@weareher.com. Oh yea, don’t forget to…

Dattch Top 5 Dates: Roast Dinners
By HER Team
Rosie Wilby’s Top 10 Lesbian Moments From The 90s
By HER Team
Dattch Launches At Crush Dublin!
By HER Team