What’s Up With Gender Discrimination in Soccer?

Being that it’s Women’s History Month, I’d like to address a topic that’s incredibly apparent in the game of soccer (Really all professional sports are filled with gender inequities, but I’m focusing on soccer because that’s my jam. And I have 500 words.). The men’s and women’s game has never been equal; it wasn’t until 1991 that the first Women’s World Cup was even held. Did you read that number, folks? 1991. (Can people born in 1991 even drink alcohol yet? Oh, yeah, they can. Barely.) And when did the men’s game begin? 1930. WTF?!?!

Grass vs. Turf. As I mentioned last week, the Women’s World Cup will be held in Canada this year. The fields on which the games will be played are artificial turf – a surface of synthetic fibers made to look like grass. The turf has tiny black beads embedded in it called crumb rubber, which is made up of scrap tire. Tires can contain carcinogens that, when exposed to frequently, may cause cancer. Because turf has a different bounce factor than grass, injuries such as a rolled ankle could lead to a torn ligament further up the leg or worse. Turf also causes nasty cosmetic injuries called turf burn, which Sydney Leroux knows all too well. 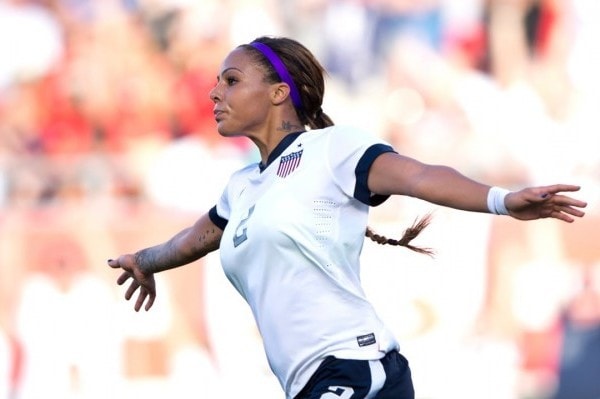 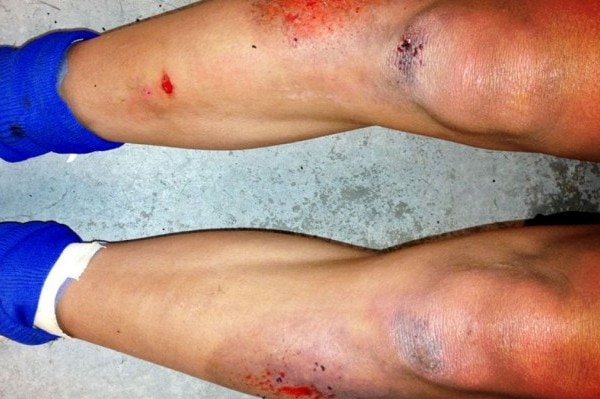 Back in September, more than 40 elite professional women’s soccer players from around the world filed a lawsuit against FIFA – soccer’s governing body – and the Canadian Soccer Association claiming that forcing them to play on turf, not grass like the men, is full-blown gender discrimination and violates Canadian law. Even Tom Hanks was pissed about it. Tom Hanks, people. 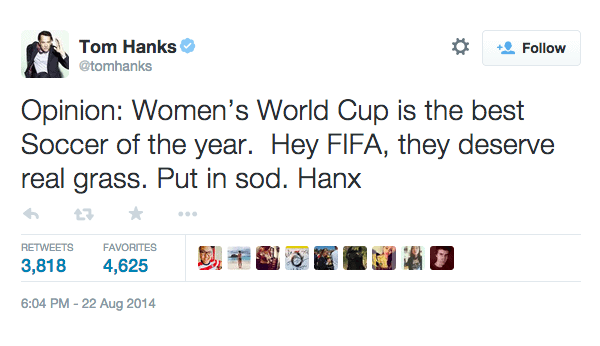 The players held their ground until this past January, when Abby Wambach, who spearheaded the effort, withdrew her complaint along with the others after realizing that grass would not be put in ahead of the World Cup. “I am hopeful that the players’ willingness to contest the unequal playing fields marks the start of even greater activism to ensure fair treatment when it comes to women’s sports,” Wambach said in a statement.

The silver lining? “The deplorable artificial surface at BC Place will be replaced, and the 2019 World Cup will be held on grass,” the group’s lawyer, Hampton Dellinger, said in a statement.

And that’s not all. Fox Sports 1 has bought exclusive rights to all World Cup games. That means if you don’t pay for super premium cable, it will pretty much be impossible to watch them (you’ll have to go to a pub and not everyone wants to do that). The men’s World Cup, on the other hand, aired every single game on ESPN, ESPN2 and ABC, making it incredibly accessible to watch them all (I know this because I watched all but three). I’m stressing out because I won’t be able to have my iPad on at work to watch the games. Maybe I’ll just work from a bar the entire month, or quit my day job.

I leave you, though, on a happier note. 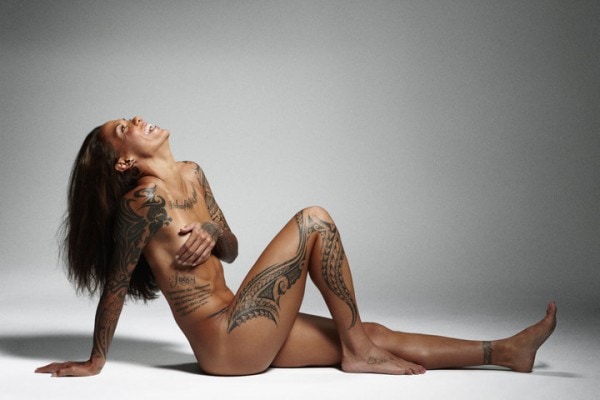 Chat Up Lines That Work
By HER Team
What makes you attracted to someone?
By HER Team
We Held Orange Is the New Black Lezathons Across the World
By Robyn