The Lesbian Diaries: An interview with Lex Hefner

In the year of one of the most historically significant US decisions in LGBT history, federal marriage equality, lesbians are finally free to get hitched. But what about all the single ladies? Through the lens of several smart, diverse lesbians, the official release of the award-nominated documentary, Lesbian Diaries, offers an honest, fresh look at dating as a single lesbian.

This documentary, produced by film maker Lex Hefman, shares the compelling and touching stories of lesbians navigating the singles scene and portrays an honest look at the realities of dating amidst an oversexualized, glamorized media portrayal of lesbian culture. By countering misconceptions about women who date women, Lesbian Diaries utilizes the experiences of real women to discuss racism in dating, personality disorders, addiction, cheating, experimenters, dating as an older woman, and game players.

What is Lesbian Diaries about & what triggered you to create this documentary?

The lesbian Diaries is a psychological deconstruction of lesbian dating as well as a look at the overarching culture and problems currently being experienced by the scene. We are looking at the pitfalls of dating and mistakes that many lesbians make in the process of selecting partners and giving them tips on how to improve their approach. In addition we are looking at some of the negative trends in LGBT culture that have emerged over the years. Now that gay marriage is legal – we need to turn our attentions to other aspects of the community to ensure positive development in all aspects as well as improvements in the infrastructure of our scene.

Is there anything you heard during the interviews that surprised you?

Yes, I was definitely shocked to hear about the rapid decline of lesbian bars globally – there are only 4 left in NYC and 1 in San Francisco – that was pretty sad and shocking. I was also shocked to find out that there is such a thing called TERF lesbians who are seeking to exclude transgender people from the community, as well the increasing trend of racism in the scene.

What are you most concerned about for the future of the community?

I’m concerned that the future community will be so separated by labels that lesbians of all types won’t become united. This would lessen the number of women out there and available or the chance of meeting a possible partner. Also I am concerned that the current focus on looks is overriding looking at deeper qualities, and that women may not take the time to re-evaluate their approach to dating. Interracial dating seems to be a huge issue on the lesbian scene – in that not many ladies do or want to engage in it. This is a far cry from the heterosexual world.

And so what are you most excited about? Do you think we’re going to be in a good place in a few years?

I’m excited that being gay or lesbian isn’t frowned upon as much as in the past. In many places throughout the world, we are being accepted and are gaining the ability to be free about who we are and who we love, in public. There is more work to be done. However, we have started the move forward which I believe will continue.

Will we get to see any kind of follow up to Lesbian Diaries?

Potentially we could look at further elements, but this would depend on the performance of this first documentary.

Where can we find out more info or follow you?

The documentary will be available on the 10th of December at www.lesbiandiaries.com and you can “like” our facebook page at www.facebook.com/lezbiandiariesfilm 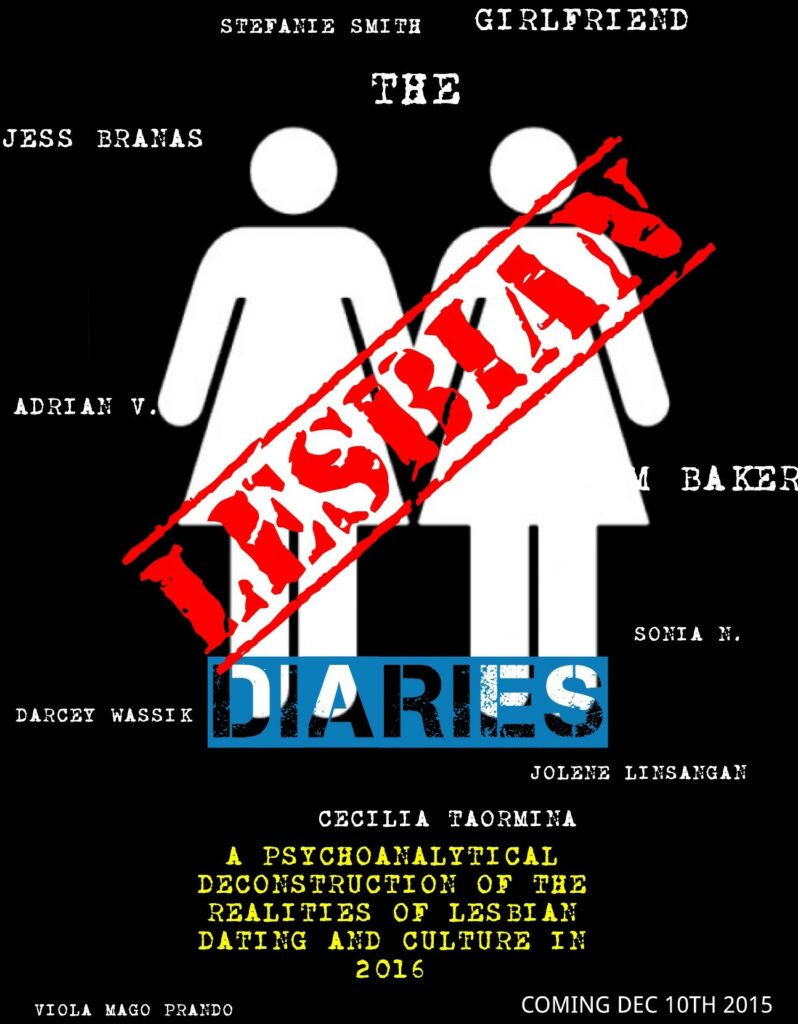 Are you a touch me not?
By HER Team
Finish the sentence: Love makes me feel…
By HER Team
Would you rather never be stuck in traffic again or never get another cold?
By HER Team