Why British Lesbians Are Obsessed with Lady Lovers Across the Pond: A short but thorough list

Accents. Why does everything you say sound like music to my ears? I don’t understand. I overheard an American girl ordering pizza yesterday and got a little excited. Is that normal? Do I ever feel that way after listening to, say, a lady from Manchester ordering pizza in her colloquial tongue? No, of course not. So whatever it is you Americans are doing with your crazy oral magic, it needs to stop. Okay?

You love our humour. Now, I’m not one to toot my own horn but as hilarious people go, I’m up there. Yes, that is purely based on my own opinion, but that’s practically beside the point. When I make a joke to my friends it’s tumbleweed central, BUT even when I make a ‘bad joke’ (as if I’m capable of such a thing) to an American girl, its like I might as well be Russell Brand. I feel like they should crown me Comedy Queen right then and there. You just make a girl feel wanted.

Weird names for normal human things. Why do you call trousers, “pants”? Why are chips, “fries”? I feel like this point isn’t so much a reason why I’m sexually obsessed with American girls, but rather just generally obsessed by our differences. I mean… it’s endearing that I still love you even though you don’t know the proper names for things, right?

You’re always nice. Always. I’m a pretty happy chappy. Anyone who meets me tends to comment that I’m consistently in a good mood (I just really appreciate life ladies, okay?). Americans, however, whole other level. Why are you so happy that you’re on the tube? More to the point, why is it so great for you that it’s called ‘the tube’? I’m all for being polite (and happy), but even I can’t keep up with your sunshine-y goodness, you sexy American ladies.

Sarcasm. This one is a little touch and go. Because I LOVE a sarcastic, quick-witted female. And it just so happens that every American I’ve ever spoken to is great at it. (Even if they weren’t I would still think it was adorable in their little accents…) BACK TO THE POINT. They are queens of sarcasm and us Brits love a little quick wit to be put in our place, right? No? Just me? Er…

The L Word. This show has pretty much ruined my life and I can say around 60% of my obsession with the US of A has come from this show. I might even say The Real L Word had a similar effect, though I’m mainly referring to Lauren because she’s the girl of my dreams. (… Does she even understand how dreamy she is?) 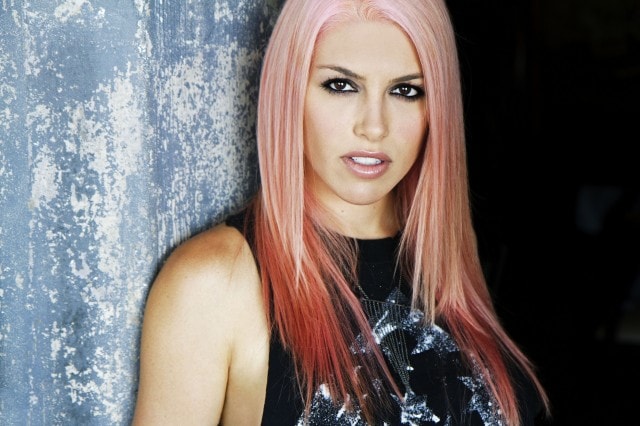 ANYWAY. The British lesbian TV series equivalent is what, Lip service? Frankie = Shane? No one can be Shane. Let’s stop thinking we’re a lesbian Casanova and comparing ourselves to Shane… it’s not sexy.

What about that G-d awful Candy Bar Girls that gave UK lesbians such a bad rep for a good few months? The casting was awful (Now, I have to be careful as one of my best gal pals was on this). It just highlighted how small the London lesbian scene is, and the distinct lack of dreamy girls. I know you exist British dreamboats, so where are you hiding?

The L Word has basically convinced me that one trip to the US lesbian scene will have me mollycoddled by hot women with sexy accents using the wrong names for things. Therefore I conclude that my obsession with American lesbians has come from The L Word. And that’s that.

Have any British dramas produced the same effect overseas? Someone needs to tell me, are American lesbians as obsessed with British lesbians?

Who’s your favorite music artist?
By HER Team
What’s the worst fashion choice you’ve ever made?
By HER Team
Dattch Pick: ProudWomen Prizes For London Pride
By HER Team